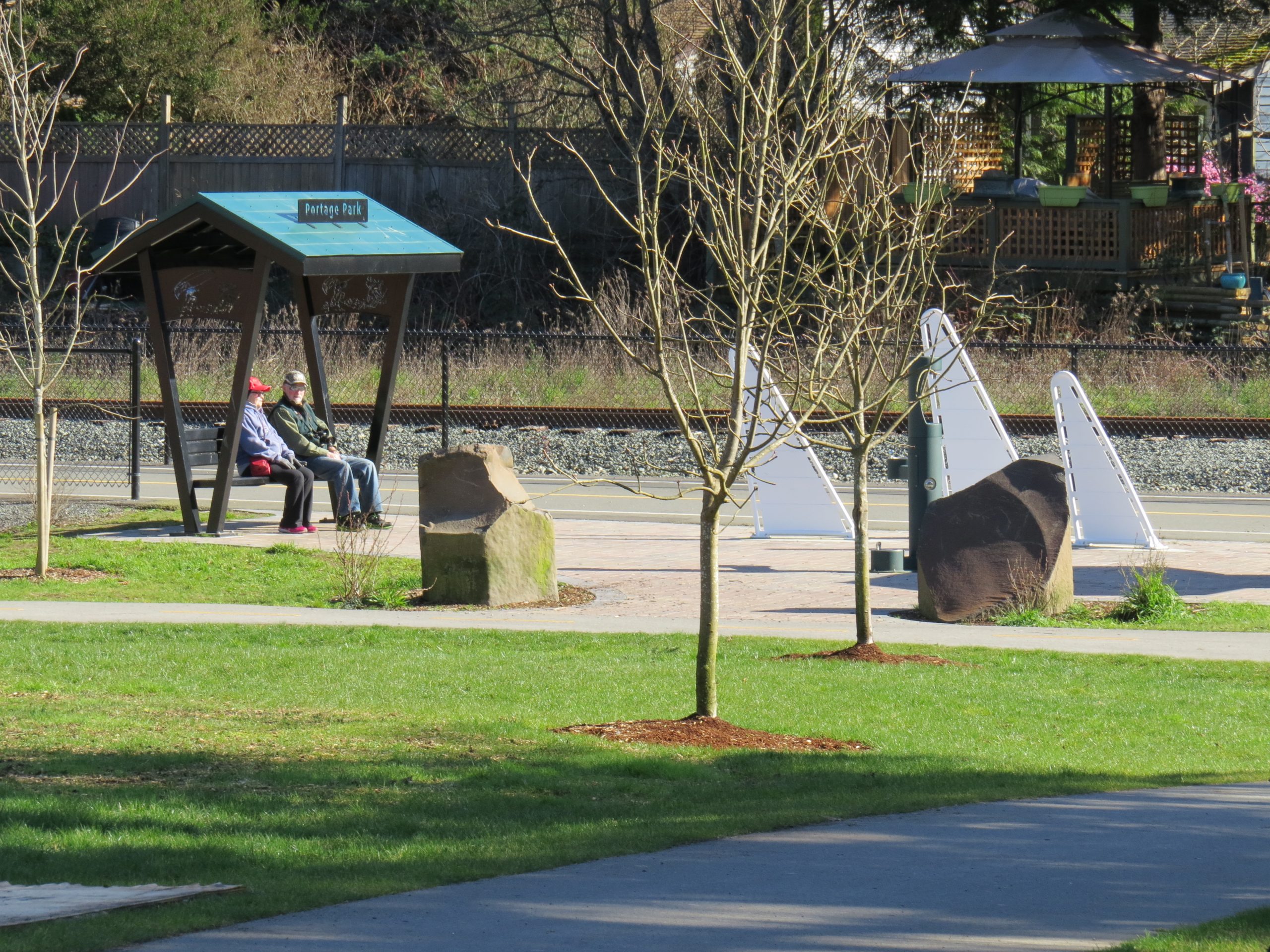 Q+A with The Town of View Royal

It’s the geographic connector, linking downtown Victoria and the Saanich Peninsula to the Westshore and home to about 10,000 people. View Royal’s pivotal location within the Capital Region, easy access to transportation corridors and reputation as a desirable place to live, mean that this once semi‐rural community is undergoing its own transformation as its neighbouring municipalities experience rapid growth.

A founding member of South Island Prosperity Partnership, the Town of View Royal is looking to the future while protecting its assets and working to increase its business tax base in a thoughtful manner in keeping with its commitment to becoming a carbon neutral and sustainable community. Mayor David Screech explains the unique characteristics of this municipality, sharing the town’s economic development goals and vision for the future.

Why did you join South Island Prosperity Partnership?

In 2014, before or just as I became Mayor, I was approached by representatives of the business community. We talked about regional economic growth and what the region was doing well and what we weren’t doing well — and it was clear that we weren’t as a region taking economic development very seriously. So it grew from there, and Council was more than happy to endorse [South Island Prosperity Partnership]. We have seen a lot of payback already on that investment and, and for a smaller municipality, such as View Royal, it just makes sense for us to partner with the other municipalities and with an organization like SIPP.

What do you see as key to growing a resilient, robust economic future for our region?

I believe the municipalities and the First Nations working proactively together through an organization such as SIPP is certainly going to be key —  rather than individual jurisdictions trying to compete with each other. That’s one of the strengths of SIPP. I think getting the provincial government on board to work with is a major consideration. We have a lot of work to do in terms of housing and transportation especially.

What is our region’s secret sauce when it comes to competing internationally to attract quality talent, businesses with household sustaining jobs, and investment?

The obvious answer to that is just our beautiful natural environment that we live in on Vancouver Island. It’s pretty hard to beat almost anywhere in the world. More than that, our proximity to major U.S. cities such as Seattle, San Francisco, San Diego.

What are you most excited about in terms of View Royal’s plans and potential?

We’re a hidden gem within the CRD. We work hard to make our municipality a wonderful place to call home; a green walkable community that people are happy to be in. What I’m most excited about is just making sure that we maintain that as time goes on. And I think that’s hard to do. We have to make sure that we’re going to densify where appropriate, but also keep the characteristics that make View Royal a wonderful community.

We have a council that has supported good smart commercial growth – examples of that are the Eagle Creek Plaza and we just approved another fairly significant commercial development at the Island Highway and Helmcken. What excites me most from a business perspective is the opportunity we have to define a mini entertainment centre out on the Six Mile strip around the casino. They have shown interest in building a hotel and if that came to be it could play a vital role in our economic future.

What’s one thing about View Royal you really want people to know that they probably don’t know?

We are the geographic heart of the region. I think a lot of people don’t realize that. If you want to go downtown, to the airport, up Island, the Westshore you can get there quickly and efficiently. And also again, what a nice, wonderful community we have. We’ve managed to keep the third lowest residential tax rate, which given our proximity to the region’s core is pretty impressive. And our commercial tax rate is right in the middle.

What challenges are you most invested in helping our community overcome and why?

Regionally, we have major challenges in terms of housing and transportation. We certainly have other challenges, but I think those are two that we collectively need to sort out. And if we’re going to be encouraging businesses to relocate here, I think the current state of our housing market is a real detractor. And I can say that because, as a business owner, there was a time when, if I was looking for a skilled worker, I could place an ad in a Toronto newspaper and I would have people lining up to come. And that just is not the case now because of the high cost of our housing.

So I think that’s something we really do have to work on collectively, or we’re going to slowly see a drain of skilled trades. Going hand in hand with that, if people do move here, they have to go farther and farther afield to find affordable housing, compounded by a ridiculously long commute on clogged roads because we have no real modern day transportation methods.

At the local level, we need our residents to work with us and realize that we do have to densify especially along the major corridors if we want to keep our neighborhoods the same as they are now. We still have a regional responsibility to provide housing. And that’s going to involve putting density where density is appropriate. In general, council is supportive of the idea of densifying where appropriate, providing that it is good quality development. We just approved a major new rental project right out by Victoria General Hospital that will bring 345 rental units to market.

What lessons have most profoundly impacted you since the pandemic sent shockwaves through our community and economy?

From the political lens, we realized just how completely vulnerable we are to something completely out of our depth and our breadth of experience. I was, however, pleasantly surprised how well staff have worked through it and how well our local businesses have worked through it and managed to recover. And in fact, in many cases, gain momentum. The lesson we learned I suppose is just how incredibly adaptive we must be prepared to be going forward. That’s one of the advantages of being a smaller jurisdiction — we really were able to adapt and react and respond. Our staff did an excellent job of that.

When you envision the South Island region in 2040, what will have changed? What does our future look like?

What I hope we’ll see is a thriving region, as we have now to a large degree, but one with modern-day green transportation networks, with an end to suburban sprawl, with more density in the core and in transportation corridors, and where we largely see the values that are expressed in the CRD regional growth strategy come to life.

I don’t know if I’m confident to think we’re going to be there in less than 20 years, but I do feel confident that we’re on the right path. I think at the decision-making tables — the CRD, for example — that there’s a real realization now that we need to work collectively to get to where we want to be in terms of transportation. We need a regional governance body for transportation issues, and that’s a conversation that is taking place. We’re pulling together to get there, and we will.

We are grateful to be doing our work on the territories of the Coast Salish and Nuu-chah-nulth peoples, known today as Lkwungen peoples (Esquimalt and Songhees Nations), W̱ SÁNEĆ Nation (consisting of SȾÁUTW̱ – Tsawout, BOḰEĆEN – Pauquachin, W̱ JOȽEȽP – Tsartlip, and W̱ SIḴEM –Tseycum Nations), Scia’new Nation (Beecher Bay), T’Sou-ke Nation, Pacheedaht Nation and Malahat Nation. We respect and, in partnership, build on the traditional knowledge of the Indigenous peoples who have thrived and prospered in the south island for millennia.