What is the Prosperity Partnership?

The South Island Prosperity Partnership (SIPP) is an alliance of over 70 public and private-sector partners in Greater Victoria, including 11 local governments, nine First Nations, three post-secondary institutions, nine industry associations and nonprofits, and more than 30 major employers. SIPP works to bolster our region’s economic and social prosperity. This will happen by catalyzing the creation of high-quality, household-sustaining jobs, so that more families can afford to live, work and build a life here.

Greater Victoria is a globally fluent and resilient metropolitan city, full of potential and open to transformation. We are a fusion of cultures and geographies, rooted in the traditional lands of the Coast Salish peoples and connected to the rest of Canada, the Pacific Northwest and Asia-Pacific. Our region collectively takes bold steps to nurture a more innovative, diversified, inclusive and sustainable economy. 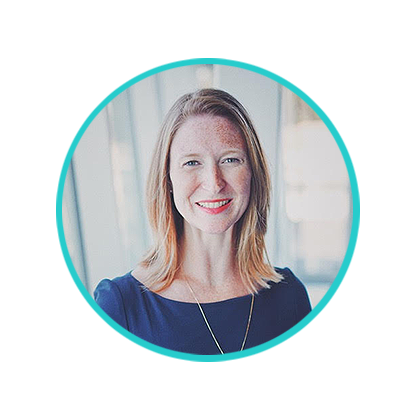 Emilie de Rosenroll became the founding CEO of the South Island Prosperity Partnership (SIPP) in 2016. She has since spearheaded a number of key economic development initiatives for Southern Vancouver Island, including the Rising Economy Taskforce, the Smart Cities initiative and a number of Indigenous economic reconciliation projects.

Emilie was previously Executive Director of the Nova Scotia Province Association of Regional Development Authorities and a lead consultant to the Province of Nova Scotia and the Nova Scotia Union of Municipalities. There she helped implement a new regional development model followed by facilitating the creation of four new economic development agencies.
Emilie is one of Business in Vancouver’s Forty Under 40 recipients for 2020. These prestigious awards recognize the achievements of B.C.’s young entrepreneurs, executives and professionals with demonstrated excellence in business, judgment, leadership and community contribution.

With 10-plus years of senior leadership experience, Emilie is passionate about creating value for stakeholders and society, developing unconventional partnerships, staying curious and focusing on impact. She has expertise in economic growth, recovery, clusters and public-private partnerships as well as strategy, governance, marketing and operations. She speaks French and Spanish and has worked in different sectors in cities in Canada, U.S., France and Mexico.

Dallas has played instrumental roles in many industry-leading economic development projects in Canada, the USA, and overseas over the past 15 years. He has served on a number of boards, including Business Retention and Expansion International, the International Council on National Youth Policy, Junior Achievement of Saskatchewan and the Greater Victoria Placemaking Network. He currently sits on the advisory board of the Camosun Technology Access Centre.

Dallas is the youngest ever recipient of the Premier of Saskatchewan’s Award of Excellence in Leadership. Prior to SIPP, Dallas was the Economic Development Officer for the Greater Victoria Development Agency, the precursor of the SIPP model here in BC’s Capital Region. 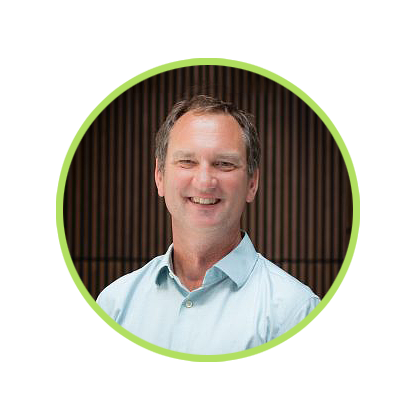 At Schneider Electric, Jacques was responsible for leading technical innovation and development teams of more than 300 global engineers. He was also responsible for leading small start-ups, mid-sized growth organizations, and large multinational lines of business ranging in annual revenues from single millions to more than $500M. He has worked overseas in France and India and held global responsibilities for teams in multiple countries. Jacques holds a BSc in Engineering from the University of Victoria. 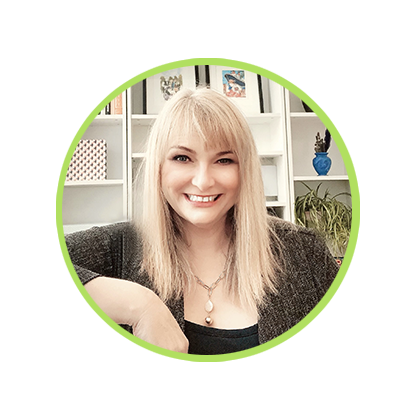 As editor-in-chief of Douglas magazine from 2011 to 2020, Kerry has played a key role in telling South Vancouver Island’s stories of innovation and entrepreneurship and shaping the vibrant business narrative of this region. Kerry was also editor-in-chief of YAM, a lifestyle magazine, and Spruce, a home and renovation media brand.

Kerry has focused her career on developing clear and compelling communications across multiple mediums. After graduating from UVic’s Department of Writing, she worked at newspapers and magazines throughout B.C. before co-founding Artemis PR + Design, a communications agency. She is a frequent guest speaker on business and media topics and recently co-hosted “Conversations in Crisis” on CHEK TV, interviewing business owners during the pandemic. 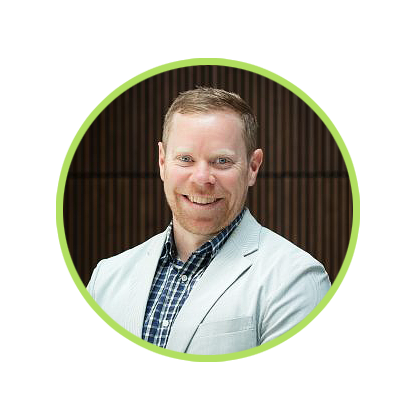 Kieran utilizes his strong interpersonal skills from years of experience in the tourism and hotel industry. He recently completed his Bachelor of Business Management, co-majoring in Tourism and Marketing and has a passion for destination management and the growth of our region. Kieran has substantial experience working with local governments and a keen interest in business development. He applies his skills to SIPP’s Foreign Direct Investment (FDI) strategies attracting new organizations to Greater Victoria as well as managing a number of our local projects and the overall running of SIPP operations. After a decade of living in Canada, Australian-born Kieran continues to enjoy his free time playing sports and exploring the great outdoors on foot, mountain bike, surfboard or snowboard and relishing the amazing lifestyle the South Island has to offer. 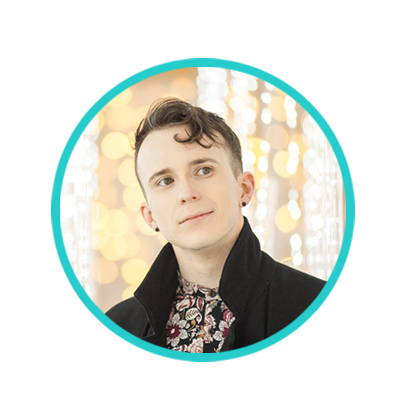 A digital native and self-proclaimed international citizen, Graeme began his career as a Digital Media Consultant, providing strategic advice and technical expertise for individuals and businesses wishing to grow within the virtual space. He holds a Masters of Business Administration, Media Management Specialization (Merit) from Cardiff University and a Bachelor of Media Studies from the University of British Columbia. Born and raised on Vancouver Island, Graeme is excited to be working with SIPP to make sure that the region continues to be a place where everyone can live, succeed and prosper. 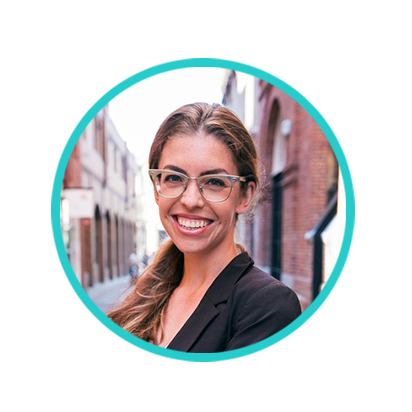 Elysia was born and raised in Victoria, B.C. A proud alumna of the United World College of South East Asia and Vassar College, she has lived, worked and studied in Singapore, Cambodia and the U.S. With experience in the nonprofit and political realms, she is committed to working with communities to co-develop solutions that improve wellbeing. Prior to working with the South Island Prosperity Partnership, Elysia was the Executive Director of Community Micro Lending. 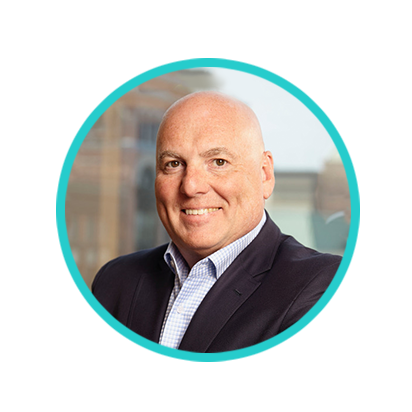 Frank is a Fellow of the Canadian Certified Management Consultants Institute. Until retirement in January 2020, Frank was CEO and owner of Chemistry Consulting Group, which operated nine offices in B.C. with 130 staff. Chemistry and its subsidiary GT Hiring Solutions provided business and human resource services and won BC Business magazine’s “Best Companies to Work For” for five consecutive years.

For 12 years, Frank was a Partner and Tourism Consulting Director for Grant Thornton LLP Chartered Accountants and Management Consultants. He is Past Chair, Our Place Community Advisory Board; Past Chair, Greater Victoria Chamber of Commerce; and Past President, Community Living Victoria Foundation. He is a Lifetime Member of Tourism Victoria, sits on the board of BC Youth Futures and is a Member of the Order of St John. 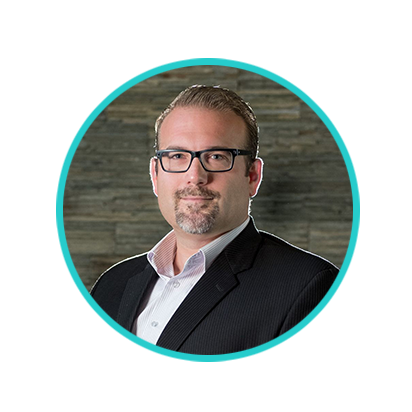 Craig is a business leader guided by the mantra “Think Big, Act Now and Have Fun.” With 20 years of experience working in the Consulting industry in Alberta and British Columbia, Craig served a myriad of industries, including community development, marine development, resort development, oil and gas, and mining. His skills are in leadership, economic development, business development, client service, strategic planning, and project management. Craig holds a degree in Environmental Science from the University of Calgary and a diploma in Architectural Technology from the Northern Alberta Institute of Technology. 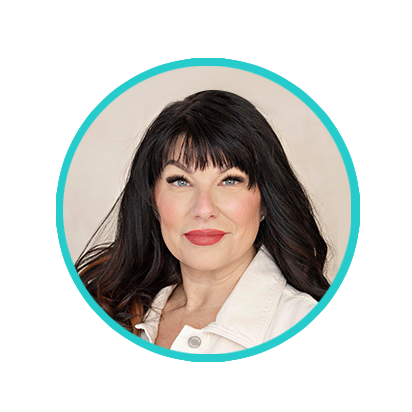 Susanne is currently an Assistant Professor in Indigenous Community Development in the School of Public Administration at the University of Victoria. Susanne has a Doctorate in Business Administration with a focus in organizational leadership. Her research examines First Nations cultural approaches to work and the relationships of administrative practice and policies to employee engagement for First Nations people. As an Indigenous scholar and researcher, her work privileges Indigenous knowledge in examining and framing research outcomes. She has a current designation as a Certified Professional in Human Resource Management. 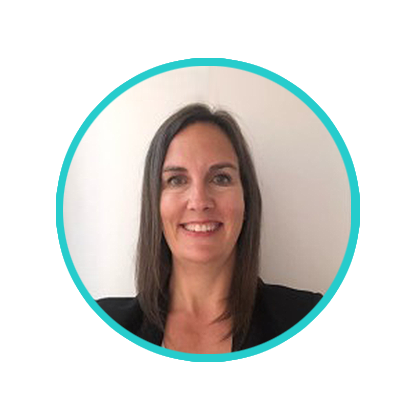 Sonterra is a motivated Senior Financial and Executive who creates strategic internal and external alliances to effectively align with and lead key business/strategic initiatives. Sonterra builds and retains high performing teams by hiring, developing and mentoring skilled professionals. She sets a culture of openness and enquiry and will make the tough decisions. Sonterra brings loyalty, creativity and strategic orientation to the Board of Directors. 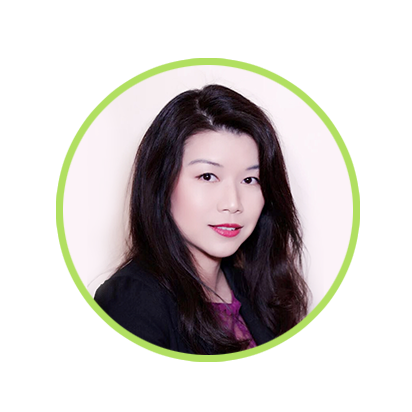 Tina Ryan is the Chair of the Canadian Migration Institute, the President of Visa Seminars International Inc. and the General Partner of US-based Aerie Leisure LLP. Tina is also a US FAA licensed Private Pilot and a Co-author of PCTIA accredited immigration educational program CSIC E-Academy. An instructor and a bilingual entrepreneur, she has conducted business successfully in a variety of countries around the world. 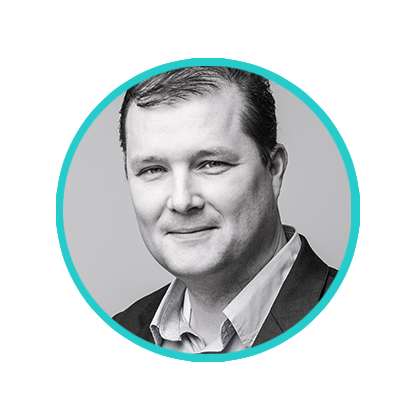 Peter is an experienced executive leader, with a strong history of providing strategic leadership and advisory to executives and boards at the SME, Government, Venture Capital, and multinational levels. At the board level Peter sat as a board of advisor for SMEs, and is Board member and interim CEO of the non-profit IAC, an organization chosen to operate the $30M Government of Canada Patent Collective. Peter has technical, business, and legal education, including B.Eng, MBA (Entrepreneurship), LLM (Intellectual Property and Governance), and successfully operates a global consulting practice in Victoria. 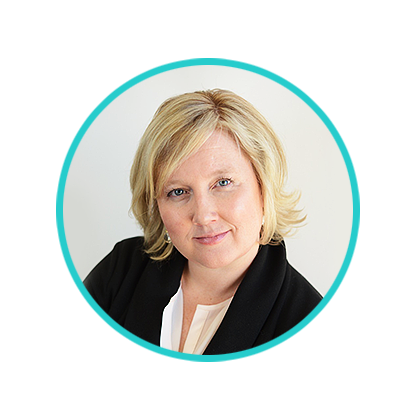 Jennifer Vornbrock is the Executive Director of Community and Government Relations at the University of Victoria. She works in the department which provides strategic direction and advice on all community and government relations for the university. Previously, she held the position of Vice President, Knowledge and Innovation at the Mental Health Commission of Canada. Prior to joining the Mental Health Commission in 2013, Jennifer worked for more than a decade at Vancouver Coastal Health in various operational and strategic roles. Jennifer holds a degree in political science from Simon Fraser University. 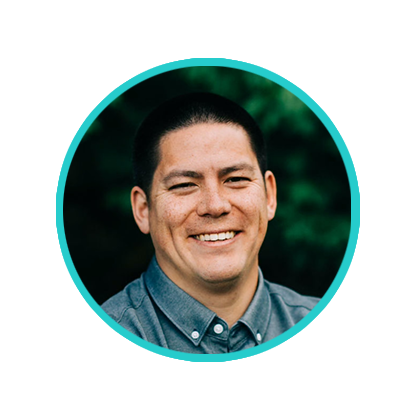 Kear is the Director of Indigenous Relations for QM Environmental, a leading environmental and industrial services company. Previous to joining QM, Kear was Principal, Relationship Manager, Gwaii Engineering Ltd. Kear is Métis/Chinese, born and raised in the Canadian Prairies. His family was very involved with both of these communities, and these connections remain important to him. He has lived in Victoria since 2012 and is passionate about seeing the South Island region grow. A graduate of the Civil Engineering Department at the University of Victoria, Kear has continued on to pursue a Master’s degree researching Aboriginal Housing and Community Energy Use. He also holds a Business Diploma from the Saskatchewan Institute of Applied Science and Technology, specializing in Human Resources. 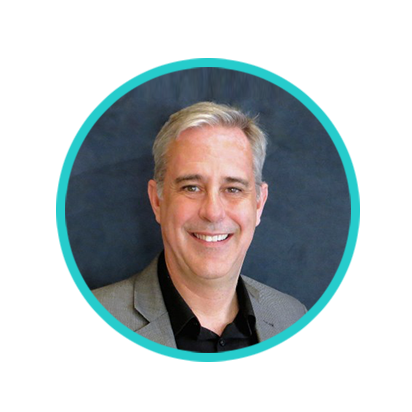 Geoff Wilmshurst is Vice-President Partnerships at Camosun College where he is responsible for International Education, Continuing Education, Contract Training, Ancillary Services Advancement, Alumni and external relations. In 1992, he joined World University Service of Canada (WUSC) in Ottawa in the China and refugee departments. He followed that with six years in New York as the Manager of Programs at AFS International where he helped develop the 18+ program portfolio. In 2008 Geoff joined Study Group, an international private educational pathway provider, as Director of Business Development for Canada. 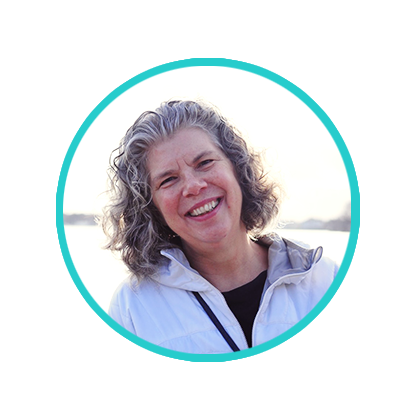 Lindalee Brougham, founder of LL Brougham Inc., is an accountant with over 32 years of service to both private and corporate clients. Currently a principal at Grant Thornton LLP, she’s worked with business start-ups and non-profit organizations, enabling her to develop expertise in owner-managed businesses, not-for-profits, investments, real estate development, and complex organizations. She has owned and invested in several companies, allowing her to understand the rewards and challenges of growing a business. 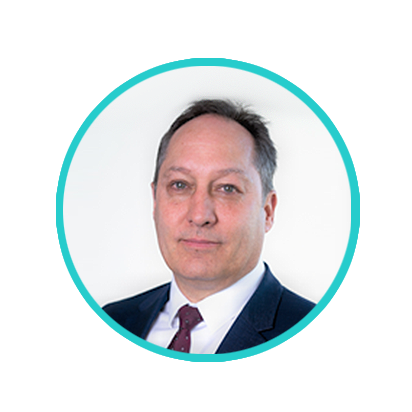 Tony is a seasoned Business and Technology executive with experience in Information Technology, Audit, Finance and Business Operations in both the private and public sectors. He joined BCI in February 2020 as Senior Vice President of Technology and Innovation.

We are grateful to be doing our work on the territories of the Coast Salish and Nuu-chah-nulth peoples, known today as Lkwungen peoples (Esquimalt and Songhees Nations), W̱ SÁNEĆ Nation (consisting of SȾÁUTW̱ – Tsawout, BOḰEĆEN – Pauquachin, W̱ JOȽEȽP – Tsartlip, and W̱ SIḴEM –Tseycum Nations), Scia’new Nation (Beecher Bay), T’Sou-ke Nation, Pacheedaht Nation and Malahat Nation. We respect and, in partnership, build on the traditional knowledge of the Indigenous peoples who have thrived and prospered in the south island for millennia.